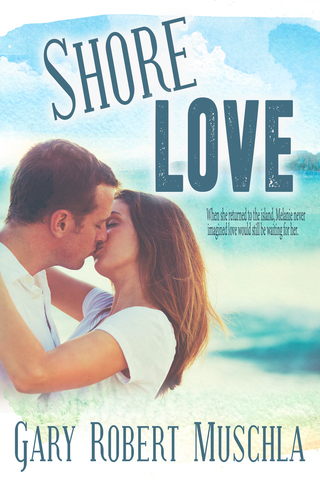 Melanie Kurtis works as an advertising executive for a small company in New York City. In the eight years since graduating college, she’s built a successful career, and she’s stunned when a new management team abruptly dismisses the entire staff. Having time now for a long overdue vacation, she visits her parents at their summer home on Beach Isle, a small barrier island. Once there, she runs into Tom Madisen, who’s still in her heart though she hasn’t seen him in years.

While growing up, Tom and Melanie spent summers on the island. They lived next door to each other and were summertime best friends, until the summer before they both began college and their friendship blossomed into love. Tom never learned why Melanie ended their relationship, and he hasn’t fully gotten over her. Now the owner of a construction company and a year-round resident of the island, he’s surprised to see Melanie, and despite the urgings of his heart, he tries to treat her as only a friend.

Although seeing Tom brings happy memories and stirs old feelings, Melanie, too, resists being more than friends. She’s never forgiven herself for hurting him when she let love slip away, and she’s afraid if they become too close, she’ll hurt him again when she returns to the city to resume her career. But as she and Tom spend time together, their love reawakens, and Melanie must overcome the reason she broke off in the past or risk losing him forever. (Published by Books to Go Now, 2018)