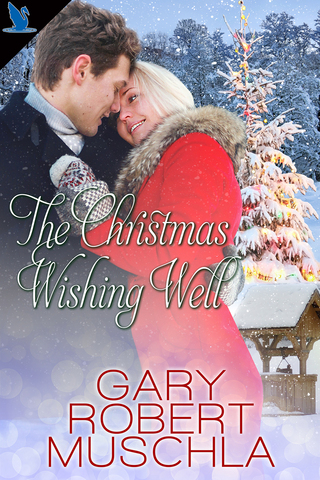 Jenna Mason works as a secretary for a one-man law practice in Carrston Lake, a small town known for the wishing well at its Christmas Village. She has built a modest but happy life for herself and her adopted daughter, Kayla, but with the holiday season approaching, everything changes.

After Jenna's boss dies suddenly, Dan Reynolds, a lawyer from a major law firm in New York City, arrives to finish the open cases and close the practice. Returning to Carrston Lake is a homecoming for Dan, who left the town upon graduating law school to pursue a career in the city, a decision he has since come to question.

Although Jenna and Dan feel an immediate attraction to each other, Jenna is reluctant to become involved with him because of having been deeply hurt in a past relationship. Fearful of risking love again, she convinces herself that the happiness she and Kayla share is enough for her. But as she and Dan work together, their feelings for each other grow, setting into motion events that lead them to the dawning of love, yet at the same time threaten to destroy their love forever. (Published by Blue Swan Publishing, 2017)